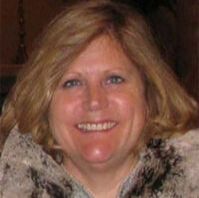 ​Jody Duffy, Director of PATH, Inc., has served as a Bible study leader and Rachel’s Vineyard retreat leader since 2000. Like so many PATH volunteers, Jody has experienced firsthand the emotional and spiritual suffering of abortion. She also serves the Silent No More Awareness Campaign as Regional Coordinator for the state of Georgia and as military and Veteran’s liaison, and she does Military and Veterans outreach for PATH.

Jody graduated from Southern Illinois University BS in Environmental Science and received a commission as a second Lieutenant in the US Army Intelligence Branch. Jody met her husband, Major General Bill Duffy (Retired), when the two were stationed at Fort Huachuca, Arizona. Later, Jody attended nursing school in St. Louis and has worked as a Health Educator, School Nurse, Staff Nurse, and most recently as a Hospice Nurse. She and Bill have been married for 35 years. They have three sons and four grandchildren. Her interests are landscaping, golf, politics, and geography.