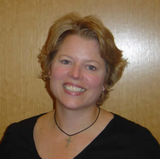 Martha Robert is the Coordinator of Religious Education for Saint Jude the Apostle Catholic School in Sandy Springs. Martha received a Bachelor of Arts in Business Administration in 1986 from Southeastern Louisiana University and pursued a career in retail management that started as a co-manager with The Limited and ended as a district manager with Motherhood Maternity. In 2002 she left Motherhood Maternity to become the Director of Youth Ministry at Saint Jude where she was first introduced to PATH. Through her work as a youth minister, she worked with Mary Ann McNeil to provide guest speakers for the youth of the parish. One of the most memorable speakers Martha remembers was a young man who shared his story of pain and healing with the youth.  After serving the youth for five years, Martha took on the added responsibility first of children’s religious education and eventually all religious education as the Director of Religious Education (DRE) for Saint Jude.  While DRE, Martha worked toward a Master of Arts degree in Theology through the Augustine Institute in Denver, CO. She received her diploma in 2014.  In 2019, Martha transitioned from working at Saint Jude parish to working for Saint Jude School.  She says that the opportunity to do more ministry than management was too good to pass up! Reading is a favorite pastime, and she also enjoys traveling and the outdoors, especially camping and canoeing when time permits.